The first round of AVSL saw a massive win from our revitalised W40+ team! With four parents, whose kids were competing in juniors, all competing in multiple events, the women not only thrashed the competition in Red Zone, but also finished fourth out of 25 teams in the state. Laura McLennan top scored with 914 with Charmaine Smith scoring 831 from her three events. Lisa Clark set a new club record in the W50 long jump. 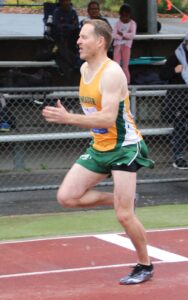 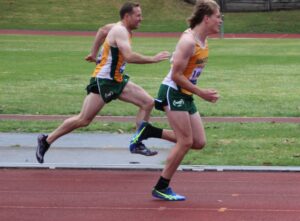 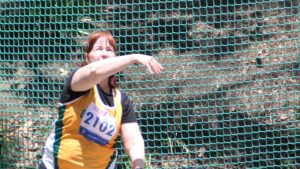 The men, despite not winning Red Zone, came third in the state. The surprise was the re-emergence of Collingwood after some years in the wilderness. They were 40+ champions some years ago and are back with a vengeance, though Doncaster weren’t far behind and ahead of perpetual rivals, Diamond Valley

Following on his success last year, Graham Ford top scored with 1108 with Paul Mierisch on 1036. Athletes to finish in the top 10 in the state for over 40 were:

We’re still at Doncaster for round 2 next week with the 100, 400, triple jump and shot put. Hope to see you all there.