Diamond Valley returned to the top in both men’s and women’s 40+ competition this week, but Doncaster was still near the top in the state. We just need a few more to turn up each week and perhaps do an extra event to try and overhaul Diamond Valley and Collingwood. The women’s team has an unassailable lead.

Highest scoring athlete this week was Graham Ford on 1200 ahead of Mark Purser, very pleased to finally break 1000 on 1067, Laura McLennan on 1036, Charmaine Smith on 981, Darryl Kilmartin on 965 and Peter Coumaros on 927 with only two events.

Big welcome to Justin Botha, who made his debut last week in the relays and ran the fastest 200 metres of the day. 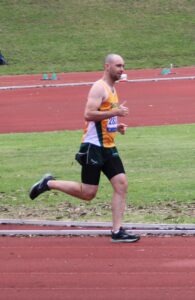 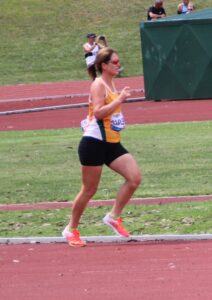 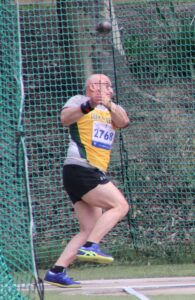 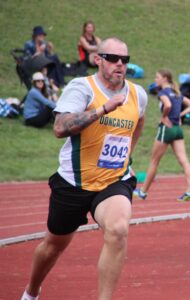 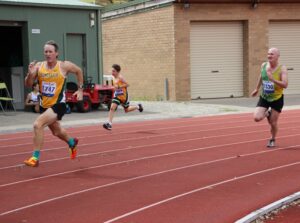 Getting to the pointy end of the season, there were a plethora of club records set. Kim Peak went from Knox to Doncaster to break records for both sprints, as well as the long jump. Laura McLennan broke her record in the 3000 metres walk, and later set one in the 3000 metres. Charmaine Smith, recently into a new age group, broke records in the shot put and hammer, and set a new one in the high jump. Lisa Clark was also active with a record in the shot put and a new club record in the high jump.

We are extending the date for pre-orders for our training and casual gear. Please order and pay by Friday 12th Feb.

Email orders to preorders@doncasterac.org.au or call/text Campbell for more info on 0414 533 677