This week was highlighted by the presence of a number of new members, who made a major contribution. Many came from Ruffey Runners, with some from Doncaster Masters, and both men’s and women’s teams scored their highest for the season.

A warm welcome to Matt Hughes, Ken Montgomery, Roberto Chavez and Wendy Smith, competing for their first time. We are excited to have you join us!

In round 6 we had four athletes scoring more than 1000 points. This week we had six, with Graham Ford narrowly finishing ahead of Paul Mierisch, 1187 to 1175. David Firth, back from injury, was also close with 1142, with Campbell McLennan on 1095, Charmaine Smith on 1054 and Darryl Kilmartin on 1008 (very pleased to finally break the 1000 point barrier).

Laura McLennan scored 983 and distance runner Colleen Kelly, a member of the DAC committee and organiser of Ruffey Runners, returned to Summer competition with a 200 metres, which was the highest scoring sprint for the women. However, she scored even higher in the 800 and 3000 metres, setting records in each and totalling 964 points. Peter Coumaros scored 938 with only two events, both records.

Only three other DAC athletes in other age groups scored more than 1000 points.

Darryl, David, Kim and Paul were all intent on getting their money’s worth, competing in five events each, even though only the three counted for points.

Matt Hughes, from Doncaster Masters, ran a sizzling 200 metres, but managed to tweak his hamstring at the end. However, he broke the club record in the shot put. Even if he doesn’t recover in time for playoffs, he will be useful in the throws. New members from Ruffey Runners, Ken Montgomery and Roberto Chavez (who also runs with Masters), and Wendy Smith all made significant contributions. 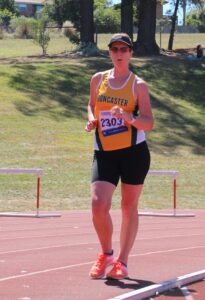 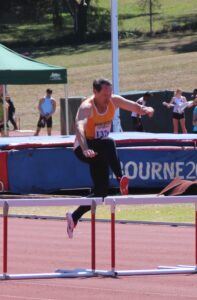 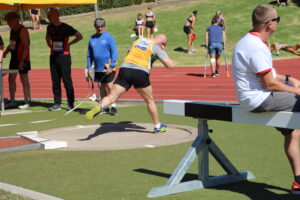 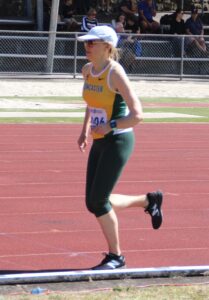 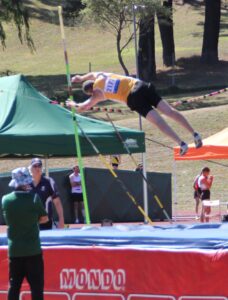 Apart from the records already mentioned by Colleen, Peter and Matt, Laura and Kim both broke 2000 metres walk records, Charmaine broke her high jump record and set one in the triple, Graham Ford broke the 200 metres record he set last time and Darryl broke his high jump record.

Remember, apart from competing in three rounds of AVSL, you also need to compete in the events you wish to enter at the playoffs (see draft program attached). If you have not qualified in 3 events, you will need to compete at Aberfeldie next week, or Nunawading the week after where the playoffs program is on offer.