It was glory to Doncaster with a magnificent win in Premier Division! One year after winning Division 2, we have climbed to the peak. This was mainly due to Doncaster athletes turning up to compete, and doing so in multiple events.

It was a strange finish to the season. Box Hill and Glenhuntly were vying for third spot the previous week, and at the end of the day Box Hill left believing they’d missed the finals. Two days later they were informed that wasn’t the case, and they only had twenty-four hours to encourage their athletes to get their entries in. Of course that was less than successful, so they were uncompetitive.

It was a see-sawing battle with Essendon, with them jumping to an early lead before Doncaster gradually hauled them back and it was only towards the end of the day that Doncaster surged ahead. 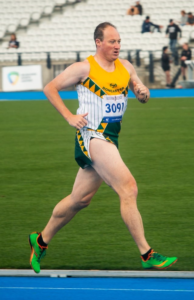 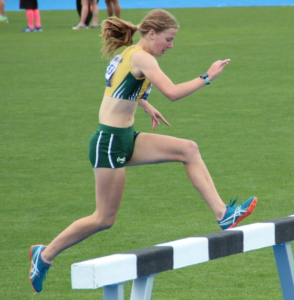 Michael Gallacher puts in a strong effort in his 1500m heat while Eliza Chivers is on her way to a 17 second PB in the 2000m Steeple. 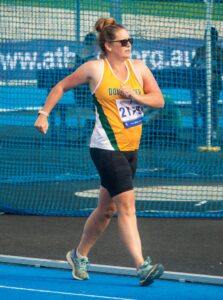 Charmaine Smith  takes the 2000m walk in her ‘step’ and Brodie Mierisch pushes hard in his 100m event.

Athletes to score more than 1000 points include:

Athletics Victoria have a summary of a great day.

Athletes to finish top 10 across all age groups in Premier division were:

Anthony Jordan scored the most points in his 100 metres with 536. Tahlia Grace, Ben Purser, Remy Williams and Alessia Wynne weren’t far behind with 517, 513, 510 and 510 for the Pole Vault, Steeplechase, 1500 metres and long jump. Alessia also scored 505 for her hurdles with Brodie Mierisch 502 for his discus, the women’s open relay team and Kyle Nicolussi scored 499 points, Kyle’s points coming from the 100m and Javelin. The men’s open 4x200m team scored 492 points.

Two days prior at the Melbourne Track Classic, six Doncaster athletes distinguished themselves with outstanding performances:

With the season almost over, the time has come for us to update our club records list.
If you believe you have broken a club record this season, please follow this link to our records page: https://www.doncasterac.org.au/about-dac/records/

The page provides you with the following information:
Existing records (as of April 2020)
Rules around applying for a record
Club Record application form

Please submit club record claims to our records officer Allan Watson (watto_al@optusnet.com.au). Once submitted, the ratification process takes roughly one month. All club record breakers will be acknowledged in the annual report and at the DAC Presentation Night.